"Can you not hug me so tightly?" Lu Chen can feel everything from Ye Meixiu.

"No." Ye Meixiu refuses. Instead, she just snuggles more onto his arm.

"..." 'How can you be so stubborn?' Lu Chen never expected all the girls he met to be so stubborn. Even when he tried to push her off, Ye Meixiu locked harder onto him.

After all that cuddling,

"Brother Chen. Are you going to give a speech at our graduation?" It was almost time for their graduation.

"Huh? How do you know?" Zhang Wenling had told him the school had called. They wanted him to be the one to give the graduation speech. But Lu Chen decided not to do it. It would be a waste of his time.

"It's because they ask me to do it instead. But brother Chen! Please do it!" Ye Meixiu's eyes are eager. She was the second choice the school wanted to do the speech. But she told them that she would get Lu Chen to do it instead.

"Why do you guys want me to do it? It's the same thing if you do it?" It wasn't just Ye Meixiu who asked him to do the speech. He also got a message from Feng Meifeng, asking him to do it.

"It would look so cool if you stand above the rest of the students. Do you know how many underclassmen look up to you?" Lu Chen was one of the worst students in his whole grade. Yet, in just a month, he got his shit together and became the first person to get the highest score possible.

"Do you really think people see me like that, or is there something else about it?" Lu Chen's suspicions. Underclassmen looking up to him? That's too much of a stretch.

"..." Ye Meixiu looks away. The whole reason why she wanted Lu Chen to do the speech was to take pictures. Who knows when she'll be able to see Lu Chen in a school uniform!

"Please, brother Chen! Do it for me!" Ye Meixiu grabs his hands and gives the puppy dog face.

"Yay!" Ye Meixiu was happy. But her expression turns tense. Something was bugging her, "Brother Chen."

"Have you still not done anything with Liu Fei Fei?" Ye Meixiu needs an answer about this right now. She has to nip this before it becomes a bigger problem.

"If things keep going like this, you're going to kill yourself." Ye Meixiu was serious. She still can't understand why Lu Chen doesn't end the engagement with her.

"I know." Lu Chen understands this perfectly well. The engagement with Liu Fei Fei has become shackles for himself. But what shackled him down even further was his twisted feelings for Liu Fei Fei.

Lu Chen doesn't know what it was. For Long Shen, if he ever leaves himself open, Lu Chen will definitely go for the kill.

But Liu Fei Fei was different.

He most certainly did not like Liu Fei Fei. But he couldn't go for the kill either.

"There there." Lu Chen's tense expression changes into a much lighter one. A tint of red forms on his cheeks.

"Why are you acting so motherly?" Lu Chen jokes.

"Because I'm going to be a mother later on." Ye Meixiu blushes. Being a mother doesn't sound so bad.

"..." Lu Chen becomes speechless. How could he shoot himself in the foot like that?

"So why did you call all of us here today, brother Chen?" Zhang Jian, Gong Changming, and Duan Huiling are in Lu Chen's office.

"I called you guys here to say an announcement." Lu Chen has a serious face as he says this.

"Before you say anything, let me say something." Zhang Jian was tense as well.

"No. It's obviously the elephant in the room, so I'm saying it. Why is Ye Meixiu here?! And why is she snuggling into your arm!" Zhang Jian blows a fuse as he points at Lu Chen.

Well, the person beside him. 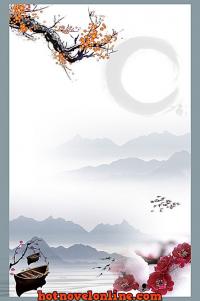 A Chance To Become An Adonis