Chi Jiao’s face was filled with anger while her eyes were filled with frustration. She never expected to fail so miserably, falling for that old monster’s trick!

Xu Ye understood what they were saying and his face turned pale. “Our consciousness is trapped here, but our bodies are still outside. What if She Qi attacks our bodies? What will happen to us?” “We will die,” Chi Jiao said simply through pursed lips. Xu Ye was shocked. “How can we leave this place?!”

“Chu Wennan, protect Xu Ye. I’ll try to break through this space with brute force. There’s only Beitang Lie outside. He can’t protect the three of us. I’ll use much more crude force now. The two of you will have to endure it.” Chi Jiao couldn’t be too careful now. What she had to do now was to break through this realm and leave!

Otherwise, if anything happened to Beitang Lie, all four of them would die!

Seeing the seriousness written all over Chi Jiao’s petite face, Xu Ye’s heart felt like it had been punched. He felt very uncomfortable.

They were in a life and death situation now, but he could only anxiously watch Chi Jiao. He couldn’t help her at all.

He had never felt so helpless before. Xu Ye was frustrated, but there was nothing he could do.

All he could do now was protect himself and not cause trouble for Jiaojiao.

Instantly, an invisible cyclone condensed around her. A terrifying force spread out, crushing some small rocks on the ground into powder.

The ground under her feet gradually collapsed and cracked.

Chi Jiao’s dress and long hair fluttered even though there was no wind. As she held her breath and focused, a terrifying light shot out from between her eyebrows and slammed into the sealed space.

Immediately, a muffled bang exploded in the air. A terrifying wind swept out, and the ground beneath their feet collapsed under the terrifying mental power.

The soft ground was like a living thing as it kept twisting. Chu Wennan and Xu Ye’s expressions changed. They quickly grabbed each other to steady themselves.

Chi Jiao was expressionless as she continued to use her mental power to bombard the sealed space.

Beitang Lie watched helplessly as Chi Jiao and the others remained unconscious. He couldn’t help feeling anxious. “Did something happen? Logically speaking, they should be awake by now!” Beitang Lie looked uneasy as he paced back and forth in the room.

Just as he was feeling increasingly uneasy, a sinister killing intent suddenly surged into the room!

Beitang Lie was shocked. He felt as if a deadly predator was coming. The hair on his back stood on end. Without hesitation, he rushed to the bed and grabbed the three of them. He quickly dodged to the side.

Accompanied by the clear sound of glass shattering, a black shadow rushed in from the window. His palm was like a sharp blade, tearing apart the pillow Xu Ye was sleeping on!

Beitang Lie struggled to hold on to the sleeping Chi Jiao and the other two. He broke out in cold sweat at what happened!

Fortunately, he had reacted quickly enough. Otherwise, Xu Ye would already be dead.

Not only Xu Ye but also Chi Jiao and Chu Wennan. Asleep, the three of them were in no position to defend themselves. 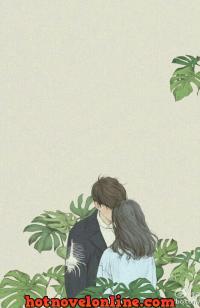