Enjoy the chapter and stay safe everyone.

The world of Gluttony Skill.

Unlike the white space that Luna protected, there was a feeling of oppression that eroded my spirit. Or is it just because it’s the first time I’ve seen it?

When I looked around, it was dyed bright red like magma, and although it was a surprising place … I felt that something in my heart was gradually calming down.

Perhaps it's just a misunderstanding, but maybe I'm slowly getting used to this world and trying to become one…

Envy’s voice pulled me back to reality. I was still fighting the demon Kairos.

The fact that I wasn’t concentrating there frustrated me.

The more I fought the demon Kairos, the more my consciousness was pulled in by this world――the gluttony skill. It's not what I'm consciously doing.

I was forced to do so if I have to be more exact.

If Envy hadn’t manipulated my body, I would’ve probably died by now.

And the fact that I wasn’t fully into the fight frustrated Envy.

『Sorry to say this, but I will have to leave you in a place like this. I have to return to Eris soon. 』

Envy suddenly said something that implied something is happening in the outside world. The way she said it made me think that it was something even more dangerous than the machine angels or sacred beastkin. But then… just what manner of creature is that?

Envy spoke quietly in the midst of loud exploding sounds of my trying to shoot down the bloody ptarmigan.

Such a thing… it couldn’t be.

What is happening to my body in the real world when my consciousness is in Gluttony skill? When Luna was there, I was protected in a safe, pure white world, while my body remained asleep.

The situation is completely different now. My body was wide awake.

『There is no doubt that the functions of the Imperial City have actually started. The utilization rate of defense systems is increasing. The battle is intensifying. But more than that, your being poses more danger to everyone's lives.』

『You went out of control. I should’ve said it sooner. And it’s getting worse the longer we stay here.』

As it was, my body had become a creature that would consume everything in its path.

A fearsome being in its own right.

『You went out of control upon defeating the sacred beastkin. Your disposition changed afterward. And making things worse, the defense system of the imperial capital also activated』

I was more intrigued by what Envy had to tell me.

In the meantime, demon Kairos’ attack turned more intense. But I couldn’t really focus on it.

『Eris somehow could sense you inside the monster you have become. So here I am to honor her wish』

Eris was largely a support fighter. I don’t think she could go toe to toe against me, not to mention now that my body had turned feral.

[What about Roxy and Myne?]

『Last time I checked, they have not joined the fight yet.』

Eris… so she’s holding up alone.

Even with Libra’s manipulation taking hold of her, I could feel her desire to resist it while I was fighting together with her. Perhaps she’s still trying to resist even now.

In addition to fighting me.

Although she rarely shows it upfront, she’s actually the type that holds dear to what she considers as important.

I said that I would help her in the city of Tetra, but I ended up still relying on her.

『What do you want to do? Are you going to continue? Onward on your path?』

『Otherwise, it wouldn't make sense for me to come here.』

I smashed away the incoming Bloody Ptarmigan. The demon Kairos attacked with unceasing fervor, but none managed to hit me.

Every time I slashed down, something unknown flowed into me. Each time I felt what I was missing――and soon it began to mesh together.

I’m no longer scared of it anymore.

My power increases. That feeling of fusing with this world grew even stronger.

A weapon that combines both offense and defense. The black threads released from the fingertips of the black gauntlet cannot be cut off. The threads could divide almost endlessly, and can serve as a near impregnable shield when controlled to wrap around its user.

I’ve also wielded it, so I know it fairly well.

If we stayed at long range, the threads would continue to spread and eventually entrap us like spider webs.

We must strike before the black thread could spread, reducing our path.

To the gauntlet wielder――the demon Kairos.

Swinging the black bayonet and avoiding the black threads as best as I could, I kept moving forward. Sometimes also firing at the distant thread to open up a way.

Even as I continued this exchange, I could feel myself grow stronger.

Some moments later, I managed to close the gap. But of course, my opponent realized this as well.

The demon Kairos let out an ear splitting roar. The black threads started to glow golden.

Can’t let it happen. Once the secret fifth technique――Dimension Destruction unfolded, there would be no way for us to close in.

But we must break through. There must be a way.

Black threads approached me while tearing through the world of Gluttony skills. I retaliated with catastrophe rain from a black bayonet, but the threads were too many. The black threads were overwhelmingly many, and it’s still dividing repeatedly.

I heard a voice from somewhere. As I rushed to the direction the voice indicated, the path I needed to take to approach demon Kairos became visible.

I started running with all my heart. This road was also gradually being eroded by black thread.

It's a nostalgic voice. It shouldn't have been so long since I stopped listening, but I felt it long ago.

My legs started to move as guided by that voice.

I was able to close in on demon Kairos. At this range he shouldn’t be able to control the black thread really well. The weapon was way too powerful to be finely controlled.

At such a close distance, the secret technique may shred the user as well.

So it’s possible to do that! Not to mention quickly changing to another form. The level of mastery was clearly beyond my own.

The secret technique of the third form――Reflection Fortress. Reflecting back an opponent attack with greatly magnified power.

But still, I readied the black bayonet to strike.

I heard a voice again. I knew it well. He always sounded cocky, but he can be relied on when the push comes to shove.

It’s always been the case. When I hear this voice, I feel full of confidence. Even without him telling me to… I would do it.

Aiming at the black shield that protected the demon Keiros, I slashed with all my might.

Even with its impenetrable shield, it’s still prone to knockback. I know, for I’m also Greed’s wielder.

The recoil when we collided with each other was unimaginable, and it was enough to chop up every part of my body with just a shock wave.

Enduring the reflection force from the shield, I pushed through.

[Your voice, it has reached me! Return to me, Greed.]

With the reflection force finally wearing off, I pushed the shield away.

The aftershock from the clash shook the entirety of the gluttony skill’s world.

In the sky, a black shield that I managed to knock away from demon Kairos’ hand was dancing at the highest point. 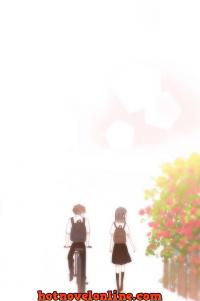 Glutton Berserker ~The One That Exceeds The Concept Of Levels~