Chapter 54 - Benefits of the Demon Sect

Chapter 54 - Benefits of the Demon Sect

This cultivator looked to be about 27 or 28 years old. After he appeared, he flicked his sleeves and sat down. Surprisingly, he had an old man’s voice.

He first said a few polite words before continuing, “Recently, I’ve already explained the entire process of refining the Bone Tempering Pill. So today, I’ll start the furnace on the spot to refine the elixir and let you see it

from beginning to end. During this process, you’re not allowed to speak or disturb. After the refinement is over, you can ask five questions for free.”

As soon as he finished speaking, he took out a palm-sized elixir refining furnace from his sleeve and threw it into the air. It quickly expanded and became a three-legged copper furnace that was more than half the

height of a person. It was black with some silver bits. The body of the furnace had some engravings of demons, but the lid was shaped like Buddha.

After it landed, the entire hall felt a little cold.

The cultivator formed another seal and a dark blue flame silently ignited in front of him. It seemed cold and lonely. It quickly burrowed into the bottom of the furnace and quietly lapped it up.

“This was an opportunity I had when I was young. A seventh-grade immortal fire.” The cultivator then took out some medicinal herbs, metals, and so on. As he arranged them, he introduced each one. “You don’t have

an immortal fire now. If you have an immortal fire in the future, but if it’s only a ninth-grade immortal fire, it’s better to rent an alchemy room in Elixir Peak. After all, the array formation set up by the sect in a higher

The Nine Nether Fire is considered superior among the nine grades of immortal fire.”

Pei Ling memorized the lesson with all his attention. Although he could not understand it at all, it was obvious that this cultivator would not teach him one-on-one. He could only try his best to learn it by heart and try

to make up for the gaps in understanding by learning from his fellow disciples.

Just as he was observing carefully, a miserable cry suddenly sounded!

Pei Ling felt dizzy. When he came back to his senses, he saw that the cultivator was holding a ball of mangled flesh. He said calmly, “This is the most difficult medicinal herb to handle, the Ghost Placenta, as I mentioned

The Ghost Placenta can attack the soul with wailing. You guys are only at the Qi Refinement realm. It’s very easy to be controlled by the wailing.

So you have to strictly follow the steps taught in my class.

f you really can’t handle it, it’s fine. There’s a stall at Elixir Peak Bazaar which has the ‘Yan’ flag. It has ready-made Ghost Placenta for sale. You can get a discount if you mention my name!”

The lecturer named Yan Gu spoke as he nimbly operated the furnace. Soon the wailing sound quickly weakened and finally turned into a mass of bloody liquid that was thrown into the furnace.

ext was the refining process that dazzled Pei Ling. He could not understand it at all. He could not even understand some of the terms that the other disciples were discussing in low voices.

Just as he felt that he might not have the talent for alchemy and should have gone to the other peaks to take a look earlier, the system’s “Ding-Dong” sounded. “Detected that the outside world is imparting alchemy

ei Ling was stunned. When he came to his senses, he was instantly overjoyed. He did not expect that other than cultivation techniques, the system could also record elixir refinement. This retarded system has finally

After a while, the fragrance of elixirs filled the room. As Yan Gu performed hand seals and explained how to start up the furnace, a batch of freshly refined Bone Tempering Pills appeared in front of everyone. System:

He had a lightbulb moment. Since the system could record alchemy, then wouldn’t talisman refinement, weapon forging, beast taming… also work?

At the thought of this, Pei Ling did not delay and promptly attended all the free courses in the outer sect.

The second place he went to was Talisman Peak!

This mountain was clearly taller than the surrounding mountains. Upon arrival, one would discover that there were talisman engravings everywhere. Some were as small as the head of a fly while others spanned

several feet. They could be found throughout the mountain.

Come and read on our website wuxia worldsite. Thanks

The lecturer was no exception. His bare hands, arms, and even his neck and face were covered with various talismans!

“If you want to do a good job, you have to sharpen your tools first.” This lecturer’s expression was stern and unsmiling. The moment he came up, he started straight away. “It’s the same principle when it comes to

making talismans. If you want to become a talisman practitioner, you have to learn how to make talisman paper first.”

As he spoke, he waved his hand and got someone to escort five death-row prisoners to the classroom.

Among these five death-row convicts, one was old, one was young, and one was burly. There were two women, both very young. One had tender skin, while the other had coarse skin.

The five of them were restrained by a spell. Their eyes were filled with terror, but they were like wooden puppets, unable to move at all.

The lecturer looked at them as if he was looking at materials and asked patiently and kindly, “Of these five people, whose skin do you think is most suitable for making talisman paper?”

“Gulp…” Pei Ling swallowed silently and quickly glanced around. He saw that all his fellow disciples had serious expressions. There was even someone who raised his hand eagerly. “Lecturer, I think that young man is

the most suitable! He’s young and still a child. Although his innate Qi from the womb has dissipated, his spirit energy should still be higher than the others.”

“I think it should be the women’s! Women have a dark nature and female ghosts are clearly more ferocious than male ghosts. These two women look weak, but if they are made into talisman paper, the quality will

probably be higher than those made from the three men!”

“No, no. That burly man is full of spirit and energy. His skin is the best.”

“What about the old man? Am I the only one who thinks that this old man’s skin is not bad?”

“So what if I’m guessing? Guessing correctly is also a form of strength.”

The lecturer on the stage looked at the disciples discussing animatedly. In the end, he waved his hand. “Since you can’t decide, then I’ll hand the five of them to you to make talisman paper on the spot! The best will be

Not long after, screams rose and fell in the classroom, and the smell of blood quickly pervaded the place.

The lecturer had a calm expression as he commented on the disciples’ knife skills and techniques from time to time. Soon after, he noticed Pei Ling who was wiping his cold sweat and frowned. “What’s your name? You

don’t seem to have the heart to do it.”

“No!” Pei Ling was stunned and denied it immediately. “I just think that my senior brothers and sisters’ knife skills are all exquisite. I’m afraid I’ll drag them down.”

“That’s fine too.” The lecturer stared at him for a while and said with a chuckle, “If your knife skills are not good, you can buy ready-made ones. There’s a store in my Talisman Peak bazaar that was opened by a

good-for-nothing junior of mine. Say my name and I guarantee that you’d get good and cheap talismans… If you want to practice your knife skills, my junior also has death row prisoners like the ones today. Men,

He felt like he was sitting on pins and needles. It was not easy for him to endure until this lesson was over. He immediately escaped and did not dare to look back until he left Talisman Peak.

1 didn’t expect Pei Hongnian to have survived such a course. Pei Ling was not a soft-hearted person. If it threatened his own survival or even important benefits, he would not hesitate to do it no matter how weak and

innocent the other party appeared.

he had developed in his previous life.

On the way to Weapon Forging Peak, Pei Ling thought to himself, That’s not a good person either… He was actually toyed with by Sun Yinglan? Damn it, has this brother never seen a woman in Deer Spring City?

On Weapon Forging Peak, the lecturer this time was a beautiful middle-aged woman with an elegant demeanor. Her voice was gentle and her manner was graceful. She looked frail.

Pei Ling sat down carefully and held his breath, waiting for the lesson to begin.. 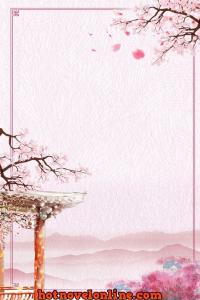 I Just Want To Slack off In Cultivation