“Are you sure she’ll be fine?” Dallion asked.

Leaving Skye with Di was the right thing to do, but he still couldn’t beat the feeling that agreeing to leave her in Halburn was a mistake. The issue with any city that relied heavily on trade was that once the trade was gone, it quickly turned into a hellhole. Halburn wasn’t there yet, but the way things were going, it wouldn’t be long.

“She’s Ji’s sister,” the gorgon replied. “Give her some credit.”

“It’s not her. It’s everything else.”

“Dal, you’re always cute when you worry, but you can’t save the world. She must make her own mistakes or she’ll blame you for it. And don’t worry more than you have to. As my mother used to say, wars are cyclic—they come and go. We must only be tough enough to see them pass.”

There was that mention again. Officially, the empire wasn’t in war with anyone, but the changes in behavior were noticeable. Nerosal had seen the addition of several garrisons, other towns and cities were no different. There had been rumors that even the provincial capital was arming up, although that was more due to growing internal tensions than external threats. Having a county with two capital level cities was seen as a challenge to the archduke’s authority, and although Dallion knew from the memories of his grandfather that the Priscords had backed the current archduke, opinions had a tendency to change.

Dallion made one more attempt to level up on the way back to the city. As all before, it too was unsuccessful. The echoes in his domain had moved from gently criticizing him to outright mocking him. Since they knew exactly what was going on in his head, this was their way of trying to shake him out of it. Dallion understood it, but still couldn’t appreciate their efforts. Right now, all he needed was to get back to the workshop and spend a week doing nothing.

Entry to Nerosal was much faster than the hunters feared. The countess or the overseer must have updated the new guard’s orders, for they let Eury and Dallion in with only a rudimentary check. Even so, it couldn’t be hidden that they were actual combat troops.

Dallion smiled. He knew what that usually meant. Quite often Eury tended to be the epitome of the work hard party hard way of life. Today, though, he had a meeting of his own.

Usually, this was where a kiss would follow. With events still weighing on their mind, both chose to pass.

It’s just a stage of the relationship, the armadil shield said. All normal. How long have you been together now?

You know how long, Dallion replied, looking as the gorgon walked away.

Fifty-seven years, give or take, the dryad guardian said. Things usually get a bit rough during the first few centuries, but they smooth out later on.

Observations. I never made it past a decade.

Dallion remained standing in the street half a minute longer. Various thoughts went through his mind. In the end, he went in the direction of the general’s club. He had a promise to keep. The club seemed one of the things that had remained relatively unchanged from how Dallion remembered it. However, after spending two weeks in Flora, he couldn’t look at furies the same way. What was worse, now he knew exactly how they had ended up there. Servants, guards, assistants… one could call them mercenaries and hires, but the truth was that most aspects of their lives were owned by the general and the other members of his club.

“Good day,” Dallion was immediately greeted upon entering the lobby. His ragged and unwashed state did little to lessen his welcome. At this point, he was well known that he too worked for the general, and as such needed to be shown every courtesy. “This way, please. I will take you to the general.”

Dallion was tempted to respond in the fury’s native language, but decided against it. Anything he did here would be reported to the general, and that never was ideal.

“Is he expecting me?”

“The general is always expecting his close associates,” the fury replied in almost mechanical fashion. “Would you like some refreshments during your meeting?”

The fury led Dallion to the room in question. There was a discrete knock, then five seconds later, the door was opened wide for Dallion to enter. To little surprise, the general was there—along with his bodyguards—standing in front of a large cage with his most recent acquisition. Dallion had never seen the creature before, but he could tell it was rare; the being had the appearance of a bird with feathers made entirely of yellow crystal, almost like scales.

“Salamandrine,” the general said, eyes glued to the creature. “Is born and raised in the fire caves and volcanoes. They rarely leave their habitat. Very difficult to find, extremely difficult to capture. Some even call them a Fool’s Phoenix.”

“Sounds appropriate,” Dallion said, a few steps from the entrance.

The general turned his head at him, then smiled. The insult wasn’t missed, but rather than feel annoyed he seemed to be pleased. One of the man’s more annoying qualities was him enjoying watching people under his thumb show some spirit.

“So, what brings you here? The hunt went well?”

Instead of answering, Dallion took out the aether cube and tossed it at the man. Part of him wanted the general to fumble catching it, but that didn’t happen. The furies in the room made sure that the cube slowed down while going in the air, then stopped half a foot from the general’s face.

“A heart is a heart,” Dallion replied, downplaying the significance. “That’s what you wanted.”

“Yes.” The general gently took hold of the object. “Exactly what I wanted. Did the thread splitter come in handy?”

“Not much,” Dallion lied. Strictly speaking, it hadn’t helped in the capture itself, but he would never have gotten in the fury world without it, let alone make his way back.

The cube was tossed away with just as much interest as an old toy. The furies, of course, used their control of air currents to place it in the appropriate section of the room, along with several others. There was no telling if the general was ever going to use them for anything other than boasting. Just thinking about it made Dallion sick. Keeping living creatures in magical prison just to show off… then again, the general did the same to people to some extent.

“I never doubted you’d keep your promise. Just one to go and you’ll be “free” again. Of course, that doesn’t stop us from doing business.”

“Why so negative? Look what happened last time? It’s thanks to our cooperation that the city still exists, not to mention that it received a significant upgrade. It’s not every day that one wakes up in a capital.”

It was a capital before, Dallion thought. Not to mention that the general was largely to blame for what happened. He had dealings with the cultists, not to mention the Star itself.

“Who knows, maybe next time Nerosal will become the provincial capital.”

“Anything else?” Dallion asked. The quicker he got out of here, the better.

“My associates are still searching for the artifact. It’s taking longer than I hoped, but they’ll find it, eventually. After all, you took a while, but you came through in the end.”

“No thanks. Once I find the artifact for you, I’m done.”

“That’s what you said last time. And the time before that.”

A smile curved up on the general’s face.

“Of course it is. Enjoy your rest, Dal. You’ve earned it. I’ll let you know I’ll need you.”

It was like experiencing a déjà vu. As Dallion left the room, he couldn’t help but think of being in this situation before. The shield was supposed to be a one off. So were the fights at the arena. Now he was one task away from fulfilling his promise. It almost seemed as if the world conspired to keep Dallion intended to the worst possible person in existence. Worse, now that Dallion had some experience being a hunter, he saw that people like the general were more numerous than he thought and the more he got involved in the world at large the more he’d have to deal with them.

Just don’t let anything distract you, Nil said. The world is a harsh enough place without you having to fight yourself.

Another piece of awakened wisdom? A bit rich after you refuse to tell me more about yourself.

No one owes you anything, dear boy. Everything you’ve received you’ve earned through one way or another, be it luck, birth, connections… Do you think people like giving things to the general? You’ve done more favors than most. Did you do them because you liked him?

It was natural to say that things were different, but in truth, they weren’t. A year ago, Dallion thought he was receiving a suspicious number of favors. Now he knew that they weren’t favors. The people in the village had started respecting him because he had become awakened and managed to bring to positive changes. Hannah had helped him, because he appeared lost to her. Even Jiroh and Eury had initially bonded to him because all of them were otherworldly.

No, but a lot of it is entirely achievable through your means alone. The main thing is never to stop going forward.

The moment Dallion heard that, he stopped. It wasn’t unusual for Nil to be so direct with his advice, although more often than not he was taking a subtle approach. Now the message was loud and clear: Dallion had to move on and in order to do so, there remained one final thing.

Day changed to night as Dallion found himself in his realm. Most of the familiars and echoes had gone to sleep or were keeping or remained in their own domains. Nox was the single exception. Not only had the crackling been with Dallion longer than anyone else, but it also was nocturnal.

“Hey, Nox.” Dallion reached down, scratching it behind the ear. “Haven’t you grown a lot?”

“I’d grow more if you let me hunt,” the creature replied amid purrs.

“I’ll do that.” Dallion picked Nox up and put him on his shoulder. The weight was considerably more since the first time the crackling had climbed there. However, Dallion’s strength had also increased.

Walking through the darkness, Dallion made his way towards one of the nearby mountains. As things stood, the trial area was located at a peak. The entire trip would have taken a flash if Lux was up, but Dallion decided to do it the hard way. At least that way he was going to be able to stop thinking for a while.

Climbing was tough, though nowhere as much as the first time he went up a mountain. Back then, he didn’t have anything but attack and guard skills. Now, even choosing the most difficult approach provided dozens of markers to help him speed upwards, with Nox on his shoulder.

“You used to enjoy climbing when you were younger,” Dallion said in an attempt to keep his mind off things.

“It’s too much effort.” The feline twirled its tail.

I admire your simple way of thinking.

A stone gazebo was waiting for Dallion as he reached the peak. And just as all the times before, when Dallion stepped in, there already was someone there. 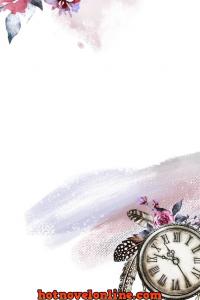 Leveling up the World