Feeling the terrifying new power that suddenly erupted around the king, Wu Qiankun's bright eyes suddenly showed a hint of vigilance, but he was still fearless and shouted loudly!

"The blood peach tree was planted with the flesh and blood of the human race, and the conscience and sin were monstrous. Now you dare to swallow it yourself??"

"Evil! You should be punished!"

Wu Qiankun was obviously also a righteous person, and when he saw the king swallowing the blood peach, his anger was not at all.

The king swallowed the blood peach, and the whole person had already erupted with endless blood light, and his power was roaring, and this moment was almost earth-shattering!

The Hundred-eyed Celestial Centipede was also showing its fierceness at this time, and it became more and more solid, as if it had returned from life, and the hundreds of limbs and blades continued to shine in the void, slashing again!

This time, Wu Qiankun suddenly felt the chill all over his body, and his body was shaking slightly.

He understood that the king swallowed the blood peach and his power was rampant, and he was no longer able to deal with it now!

However, Wu Qiankun still showed a fiery fighting intent in his eyes!

You must not fall into your own momentum. The road of cultivation is like sailing against the current. If you don’t advance, you will retreat. Today you meet a powerful one, and you want to run before you hit it. Still practicing shit?

If you don't have an indomitable and indomitable heart to the Dao, why go on the road to the gods? ?

Wu Qiankun roared and shocked the sky. He also burst out with all his strength, and it was as if his heart had undergone some kind of transformation. The flames and stars shone, burned the void, and turned into a shocking punch, which was unprecedented. The power blasts the king!

Ye Wuque, who had been standing beside him all the time, saw Wu Qiankun who was in full swing at the moment, and a touch of admiration suddenly appeared in his bright and deep eyes.

"Yes, at the moment of the battle, the mind has transformed, and it has reached a new level. It is rare, and it is a material that can be made..."

The next moment, the entire void exploded again!

I saw Wu Qiankun burst out, coughing up blood at the corner of his mouth at this moment, and his face was a little pale, but his eyes were brighter than ever before!

Clear the mind and see the nature, transform the mind.

At this time, although Wu Qiankun lost to the king who swallowed the blood peach, he still felt his progress. Even if he lost, he was not lightly injured, but he was still fearless.

On the other side, the king also revealed his figure again, and the huge 100-eyed centipede behind him was terrifying.

But the king's face was quite ugly at the moment, and there was even a hint of anger.

He has already taken the taboo blood peach, and his own strength has skyrocketed to a certain extent. According to reason, he should directly kill Wu Qiankun directly, but he was actually resisted.

"How many tricks can you block?"

The king roared angrily, and the hundred-eyed celestial centipede slashed again, and the terrifying light of the sword swept through the sky, covering the sky and the ground with cold light.

Wu Qiankun felt a strong crisis, but he still did not retreat, ready to fight to the death, his whole body fluctuated, and he was ready to resist again.

Right at this moment...

"It's too early for you to meet him now."

At this moment, Ye Wuque's faint voice sounded in Wu Qiankun's ear. At the moment when he heard Ye Wuque's voice, Wu Qiankun immediately became kind, with a touch of respect in his eyes, and stepped back actively.

And Ye Wuque, who had already stepped out one step, came directly in front of Wu Qiankun, still standing with his hands behind his back, raised his head to look at the king above the void, and the endless cold light that came.

In the next moment, Ye Wuque, who I saw, gently stretched out a hand, and the void flicked like this!

The endless knife light solidified in an instant, and then annihilated on the spot, leaving no slag.

At this moment, Wu Qiankun, who was breathing slightly in the back, had already stared round his eyes, and the whole person was stupid!

"Your Excellency just waved your hand and instantly wiped out that king's supernatural powers that were enough to kill me??"

"This, how strong is this Your Excellency!"

At this moment, the king above the void is also in disbelief and fury.

"Have such strength! Who are you??"

The king couldn't help but growl.

Ye Wuque didn't mean to answer at all, he just looked at the king lightly.

What he cared about was never the king, but the blood ape behind it.

When the king saw this, he couldn't take care of it any longer, and he exploded directly, and the endless blood light exploded violently at this moment, sweeping the void of ten directions.

The hundred-eyed celestial centipede gallops in the void, and the endless knife light is one, but on the long and narrow body, dense eyes appear at this moment, all of which are bursting with terrifying brilliance, merged with the knife light, and finally turned into a beam that can pierce the sky and the earth. Killing all, towards Ye Wuque's thorn!

Seeing this, Ye Wuque's face was still calm, and he still gently stretched out a hand and grabbed it at will.

The king only felt that the entire void, together with himself, seemed to be imprisoned in an instant!

Immediately, the king only felt that his eyes became dim!

He raised his head subconsciously, and was instantly horrified, because he saw a huge incomparable multicolored palm descending from the sky, suppressing everything.

At this moment, under the hands of this colorful giant, they were all wiped out, and not even a scum was left behind!

No matter how hard the king struggled, he wanted to resist, but he was still covered by the intuition of the colorful giant hand!

Suppression with only one hand!

The king let out an unwilling roar!

He was extremely anxious and desperate in his heart!

"You, you are... the second rank of Refining God!"

Swallowing the blood peach, the king thought to himself that his power had been temporarily restored to the level of the first-order Great Perfection of Refining God, but he was still suppressed by Ye Wuque's hand. What did this mean? ?

The king was crushed on the ground by a big hand, and he suddenly vomited blood. It was not like this, and his eyes were full of deep despair!

He saw Ye Wuque walking towards him slowly, he seemed to sense an unimaginable threat, and immediately roared with resentment!

"Lord Jieao will definitely smash you to ashes!"

Ye Wuque slapped the king's face with a slap, and immediately twisted his slap's facial features.

At the same time, he saw Ye Wuque wave his right hand, and a mysterious spiritual fruit suddenly appeared in his hand, and then threw it to Wu Qiankun behind.

"Take this opportunity to swallow this fruit."

Wu Qiankun was a little stunned when he found the spiritual fruit in his hand, and immediately felt the mysterious spiritual energy in it, and he was very pleasantly surprised at the moment!

"Thank you, Your Excellency!"

He immediately began to sit down with his knees crossed and swallow the spiritual fruit.

Ye Wuque looked over, and what he gave to Wu Qiankun was the one obtained from the second level of the Taoist God... All Spirits Holy Fruit!

This Wu Qiankun is a talent. If Ye Wuque didn't care at all before, he now appreciates it a little and is willing to raise his hand again and give him a chance to go further.

Wu Qiankun, who swallowed the holy fruit of all spirits, suddenly flashed a vast breath all over his body.

"However, I can take this opportunity to take a closer look at the true meaning of this ninth-order breakthrough of the refining god..." 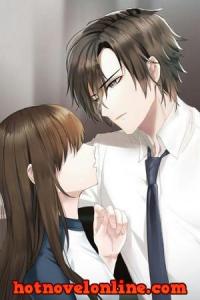 Return of the War God