Getting All Soaped Up

Getting All Soaped Up

At Snow's command, each of the girls rushes to my side, and they surround me in a paradise of soft, sweet flesh. Sam lifts up my left arm and smirks as she straddles it between her legs, Meri nervously following her lead and straddling the opposite side. My legs are soon spread apart so they can be mounted by two enthusiastic Catfolk maids. Meanwhile, Zutiria finishes rubbing bubbly lube all over her cute little butt. The Mage then plops it down onto my raging hard-on as Snow approaches me from behind and presses her entire soapy torso against my back.

'Be honest. How long have you fantasized about this happening to you, Sir?' Zutiria asks as she starts sliding her soapy slit against my cock, bubbles popping left and right, leaving me almost unable to speak.

"Ah... just... just about my whole life..." I laugh, and the doll-like girl wears a tiny smile. She honors my honesty by slipping me between her petite butt crack, sitting up and sitting down so that blissful pressure runs throughout my entire dick.

"This feels r-really good..." Meri whimpers as her mouth hangs open. Whatever shyness she held onto is lost as she works her pussy up and down the length of my forearm. My wrist is swallowed by her chubby thighs, which are overwhelming with their softness. "Y-your arm is so big and thick... and this lube is driving me crazy..."

"It's great," Sam rattles off a lewd moan as she flips her hair out of her face. Ever the competitive brat, Sam sees Meri going fast and works to outdo her, sliding my arm between her lower lips she were sawing through wood. "I'm so happy we got so much crap to test out... magic lube, tons of toys, endless outfits... not to mention Zuzu's sex magic... Gods, just think of it all... AH!" She moans, hitting her clit at a surprising yet effective angle.

"Duh. Oh, fuck-" Sam laughs and then gasps, grinding her clit up against my wrist bone and letting her tongue droop in response once a big bubble hits her in a way that she really likes.

"You can thank me later," Snow smiles, kissing my ear from behind and then licking it. "I wanted to wash off all those unfamiliar smells you picked up in that dusty old castle, so I came up with this fun little welcome back procession..." The head maid purrs, then slides her gratuitous tits up my entire back, licking my spine along the way.

As much as I want to thank Snow for her creativity, Zutiria makes sure the only thing I do right now is rattle off a series of continual groans. The Mage reaches between her thighs with her hands and delivers splatterings of the magical bubble lube to my balls, massaging it in and smiling as she looks back at me. 'Don't miss anywhere, sisters. Be sure to get every last spot.' She says, dozens of bubbly convulsions sending spasms throughout my heavy, packed balls.

"The Slippery Siren is... nyaa... popping and popping all over my little kitty, Myaster..." Peri drools, pausing her grinding to catch her breath. "I think I could get addicted to this stuff..." With her soapy paw, she brushes her bangs out of her face, letting me see those droopy, seafoam eyes of hers which are crying sweet tears of arousal.

"I-I will!" Cherry bites her lip in a coquettish manner and then looks away, shy, but not before speeding up her thrusting.

The girls on each of my limbs aren't going to last much longer. I can see more and more pleasure building within Sam, Meri, Cherry, and Peri by the second. It's only a matter of time to see who will be the first to fall. All of their moaning voices echo throughout the onsen so loud that I'm almost sure we can be heard from outside the building. I roll my head back to give myself a split second of reprieve from having to look at all their amazing, sexy bodies, but Snow's head is there to meet me when I do.

The head maid takes my lips and kisses me deeply, tracing her tongue down mine with a dominant and possessive passion. We dance in each other's mouths, her paws wrapping around my hips to start spreading more lube all over my abs and, later on, my pecs. Thanks to this and the girls working over my limbs with their pussies, they all make good on Zutiria's plea, ensuring that not a single part of my body is free from Slippery Siren.

Zutiria rolls my throbbing cock from tip to balls up her tiny butt crack just once more, and I explode thanks to the efforts of the six girls all smothering me with their special bathing affections. The orgasm is so strong and intense that my body wants to thrash around, but given how all five girls pinning me down are each stronger than me when they want to be, a couple of spasms are all I manage to do. This inability to adequately vent my pleasure only makes me scream, and the thousands of magic bubbles popping every second travel straight to my cock, spurring every last drop to shoot out my tip.

"Fucking G-Gods, I missed you t-too..." I force myself to say, bringing a smile to her face.

Sam butts in where she doesn't belong and says, "He's got more in him, c-come on, Snow!"

And then there are the kittens, who are so overwhelmed that the both of them can only shout, "Myaster...! Myaster!!" on repeat.

At roughly the same time, four piercing screams of ecstasy ring out in the bathhouse just as four pussies climax against each of my limbs. Sam creams herself against my arm, her eyes rolling back into her skull. Meri loses it on the other side, shutting her eyes tight and squeezing my wrist between her fat thighs so hard I fear she'll break it. Cherry and Peri both squirt in their swimsuits as their orgasming bodies freeze on my knees. All four of them let loose so much feminine cum that it ends up washing away a lot of the lube they spent so long massaging into me.

Now that most of us have gotten off, Snow stands up from her dedicated spot behind me. "A moment," She smirks and sashays away, leaving me with the four girls panting and groaning and another one with her entire spine plastered in semen. Snow doesn't go far, just to a corner of the onsen that I overlooked when walking into the room. She pulls out a big mattress looking-thing, only it's shiny and... inflatable? Ah, it's one of those. I've never seen one in real life before, only in erotic fiction. Snow starts blowing air into it as she walks back to us, and it balloons out to tremendous size- easily enough for all of us and more.

Snow presents the inflatable mattress to us, saying, "Let's make round two a little more comfortable, shall we? I don't think any of us want to lay down on the rocky floor."

As hot as the idea of sharing a slippery, slimy mattress with six girls is, a logistical problem becomes evident the more I think about it. "Won't that thing pop if one of you three have an accident with one of your claws?" I point at the resident Catfolk and ask before taking a sideways glance at Cherry in particular.

Peri giggles as her partner's cheeks turn super red. "I-I can be careful if I have to be!" Cherry insists while retracting her claws, but she's fooling no one.

"Luckily, you won't have to," Snow taps her outstretched claw to the corner of the inflatable bed, pointing at a small animal paw design brand. Below, the words 'Beastfolk Proof' is printed. Well, I suppose that makes sense since these mats are meant to be used in brothels.

Sam drops my arm and is the first to lunge on the mattress once Snow sets it down. "Damn, Mistress! You sure as shit think of everything, don't ya?" She laughs, her lubed-up tits and belly making her slip and slide around the frictionless surface.

"I certainly try," Snow smiles and flips her long, flowing hair back with a satisfied grin.

One of my hands is taken by Meri, the other by Zutiria. They help me up off the wooden stool. They lead me over to the mattress while Cherry and Peri help Snow add more lube to the surface. "Lay down, Master..." Meri smiles up at me with a confusing expression of lewd and wholesomeness. "I still haven't thanked you for the Choose Your Own Adventure Dungeon Sluts book yet, a-and... um..." She lets go of my hand so she can twiddle her thumbs. "And I still have to thank you for getting me that book about Shield Maidens... you always do so much for me, Master..."

"You don't have to thank me," I lean in and kiss the innocent little Meri. "I do those things because I love you."

"O-Oh," Meri blushes, and her shyness makes her quiver. "I... um... I love you too, Mast-" She takes a step backward, only to accidentally fall onto the mat when her foot hits the slippery surface. "Hwah!"

'So much for standing firm,' Zutiria remarks, sarcastically shaking her head.

"T-That one doesn't- COUNT?!" Meri shrieks as Sam slides across the mattress, then lunges forward to bite Meri's boob.

"Titty shark!" Sam declares while nomming away at the exposed mound of fat, showing her age a little more than usual.

Once Sam gets all the sliding out of her system, the girls have me take the seat of honor at the middle of the inflatable mat. It's cold to the touch, and it gets my back even slimier than when Snow did it herself, but the magical lube makes it feel absolutely wonderful the longer I lay here. With great excitement, I look up to see my harem congregating on me, and I eagerly await whatever the six girls have planned next.

Read 20 chapters in advance by supporting me on Patreon!

Buy amazing Rise of the Guild Master posters and stickers on Redbubble!

Join the official Discord to talk to me! 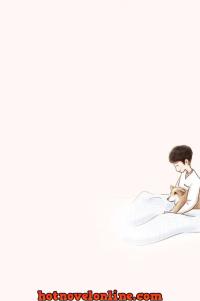