“Beep...” After finishing his words, Fang Qiu immediately clicked on the WeChat group and sent video chat invitations to the special envoys of the four countries.

The four of them were originally waiting for Fang Qiu’s call. As soon as the video call came, it was immediately connected.

“Okay.” Seeing that the four of them come, Fang Qiu promptly said, “Now you turn around and go to McKen Mountain Range. I’ve already settled it!”

The four of them nodded in unison.

Hanging up the video call, they immediately changed directions at the same time and rushed quickly towards McKen Mountain Range.

As the special envoys, these four people had been being watched since they entered Zhongdong.

Especially after the news of the plutonium primary mineral in Greenwich Mountain Range was announced, all the major forces that came to Zhongdong and the local forces tried their best to pay attention to their whereabouts.

After all, they represented the current five major countries. They would receive any news at once.

Hence, the changing directions of the four people immediately aroused the doubts of all the forces in Zhongdong.

Now it was the time for everyone to rush to Greenwich Mountain Range and be ready to rob the primary mineral. Why did they suddenly change directions at this time?

“What is going on? Are they not targeting the primary mineral?” At the headquarters of the Truth Division, Lord Ameer was baffled as he heard the news.

After all, these people were backed by powerful countries. Once these countries wanted to compete, their chances would be very slim.

“No, something must be going on.” The old military counselor furrowed his brows and said, “Continue to monitor and see where they’re going!”

“Interesting.” In the Gospel Division, confronted with the puzzled leader and Divine Envoy, the old military counselor with a hunchback suddenly laughed and said, “It seems that some news has been exposed. As the special envoys of the four countries, it’s reasonable for them to get the news before us. But... what kind of news can make them give up the plutonium primary mineral in Greenwich Mountain Range?”

“Now, nothing is more important than the primary mineral!” The lord shook his head and said, “Continue to monitor closely and see where they’re going on earth!”

At the same time, the major forces and mercenary groups from other countries also quickly received the news that the four envoys had turned up in another direction. Although they came from foreign countries, their information-gathering systems were not bad.

Undoubtedly, the actions of the four special envoys instantly became the focus of the entire Zhongdong. Everyone was particularly perplexed about what the four of them were going to do, so they had no choice but to continue to follow them.

Just when all the forces in Zhongdong were attracted by the sudden change of the four special envoys, a piece of news came out from an extremely famous underground organization as Li Ji reported the arrangement in Huaxia.

This organization was called Letter Organization, which was the only underground organization in the world that made a living by selling all kinds of information. Under normal circumstances, it would never leak any information without getting money, but as long as a piece of information had been leaked out, its credibility could reach more than 80%.

“According to Letter Organization, Huaxia has deciphered the information on the plutonium material map, confirming that the three tons of plutonium primary mineral are in McKen Mountain Range!” As soon as this news appeared, it was immediately posted on the forum of underground forces.

There was even an ID account that was verified by Letter Organization, which gave the news a like.

The forum was in an uproar instantly.

All the people who read this post mentioned Letter Organization and asked if it was true.

Of course, Letter Organization did not respond.

But even so, the news soon attracted the attention of all the major underground forces in the world.

“Although the news sent by Letter Organization has been fake before, it is almost certainly true. Is it also true this time?”

“Could it be that the plutonium mine in Greenwich Mountain Range that was exposed on the forum before is a fake?”

“How could the careful Letter Organization leak such important news?”

“Which piece of news is true on earth?”

For a moment, people of all the major forces looking forward to plutonium primary mineral frowned one after another.

Originally, everyone was ready to send people to Greenwich Mountain Range as soon as possible, but as the news came out, they all wavered.

“Who should I believe?”

“Give me the map.” At the headquarters of the Truth Division in Esfahan in Zhongdong, the old military counselor, who saw the news, immediately asked someone to fetch the map. After he looked at it carefully, his eyes suddenly lit up.

“Military Counselor, how is it?” Ameer hurried to ask.

“What?” Ameer raised an eyebrow and said, “Isn’t McKen Mountain Range in the news just leaked by Letter Organization? Could it be...?”

“Okay.” Ameer immediately took out his mobile phone and ordered the Divine Envoy.

The same went for the Gospel Division.

It was the same for forces from all over the world and other countries!

Before that, they really didn’t understand why the envoys of the four countries suddenly turned around. Now everything was clear. If the information revealed by Letter Organization was true, then the four envoys would have a great advantage in the next round of the competition for plutonium primary mineral!

On this side, Fang Qiu continued to hide in Greenwich Mountain Range. After about an hour, he finally received news from the special envoys of the four countries.

They were all ready.

Fang Qiu clicked on MMS and entered Satellite Reception Channel to receive the data and drawings sent by Li Ji.

Based on the contents of the drawings, Fang Qiu carefully calculated, with the result that he found that he only had about three hours at most.

Now, the movements of the four special envoys had completely attracted all the forces. Next, as long as they gave up Greenwich Mountain Range, he would be able to get the plutonium primary mineral before the forces could react!

That was Fang Qiu’s plan.

He was very clear that the plutonium primary mineral was the key point of this upcoming war. As long as he could move it away, all the problems would naturally be solved!

Without hesitation, Fang Qiu walked around Greenwich Mountain Range and instantly spread out his Divine Consciousness to completely cover the area within 50 kilometers. As expected, there was nothing unusual and no one was rushing over from 50 kilometers away.

In the meantime, Fang Qiu also carefully explored the situation near the mountain range. After making sure that there were no spies sent by major forces, he went down the hill, taking out his mobile phone to call the Murican envoy, Lester.

“Hello?” He picked up the phone and Lester’s voice came.

“What’s going on with your country’s armies? Have they already gone to McKen Mountain Range?” asked Fang Qiu.

Since Fang Qiu had told the four special envoys about his plan in the video call before and they had all discussed what they should do, Fang Qiu asked this question.

“They’ve already set off,” Lester replied. “It is estimated that they will arrive in four hours!”

“Okay.” Fang Qiu nodded with satisfaction and hung up the phone.

Then, he called the envoy from Rashk, Yakov, asking the same question.

Yakov’s answer was especially positive too. It was the same as Murica, and even a little faster.

This was an extremely important part of the plan. If something went wrong with this part, there would be a tighter time frame!

If possible, Fang Qiu even wanted to transfer the troops of the five major countries to McKen Mountain Range.

However, Huaxia, Anglan and L’hexagone had no station troops in Zhongdong and only Murica and Rashk had them, so Fang Qiu could only mobilize the garrisons of these two countries.

The bigger the scale was, the more convinced the forces would become.

After all, the plutonium primary mineral was the material of nuclear weapons. In the case of knowing the exact location of the mineral, only by sending the armies of the five countries to guard it together would it be the safest and most attractive to the major forces.

Of course, what was the most important was that there was no force possessing the strength to fight against the garrisons of the two countries according to the current situation in Zhongdong!

The garrisons of Murica and Rashk were undoubtedly the guards of McKen Mountain Range, both attracting various forces and letting them think twice. This was exactly what Fang Qiu wanted!

After the call, Fang Qiu quickly returned to the big tent of Black Mamba Mercenaries.

At this time, the bearded man was pacing back and forth in the tent, looking a little impatient.

“You make a statement right away.” Arriving at the tent, Fang Qiu immediately said before the bearded man could react, “Tell all the underground forces in the world that it’s a misunderstanding that Greenwich Mountain Range belongs to Black Mamba Mercenaries. Black Mamba Mercenaries have no intention of occupying this area at all, and this area is open to everyone!”

The bearded man, who had been waiting for a long time, did not dare to hesitate. He immediately called his men over, released the statement on the forum of underground forces according to Fang Qiu’s request, and officially reconciled with all forces!

Once the statement was made, it was heard by the leaders of the major forces as soon as possible.

Everyone took a look. Even Black Mamba Mercenaries had abandoned that place and were willing to open it to everyone. That place seemed to be really useless.

For a time, all the major forces that had sent out spies one after another ordered their spies to go to McKen Mountain Range. Those who had not sent spies also sent people to the mountain range as soon as possible.

At this moment, Greenwich Mountain Range seemed to have been forgotten. 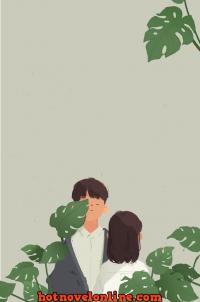