The phasing lizard’s meat was far inferior to what I’d previously eaten in the dungeon. In fact, it was quite repulsive, but I kept eating nonetheless, knowing a permanent enhancement would far outweigh the temporary discomfort. I kept munching the disgusting, dry, and tough meat until a message showed up.

Allows Spines to be upgraded to Toxic Spines.

I promptly stopped to stare at the text before me. I’d seen a similar message when the amphibian tongue enhancement became available, but this time there was something extra. Something about skill synthesis compatibility.

“Tell me that you stopped because your blessing showed up,” Cellestra said.

“Yes. I have a new skill available. It looks like it’s similar to this creature’s spikes.”

After I said that, I looked into the enhancement’s effects with my spider brain as I continued talking to Cellestra.

“That sounds… interesting,” Cellestra said as she looked at the dead phasing lizard.

Does nothing by itself. This enhancement is necessary to acquire the following skills.

Grows spines on legs and abdomen. Can be retracted and extended at will.

Allows spines to be shot.

Allows spines to be filled with venom. The venom is injected into any targets hit.

“This is far more than just interesting,” I said. “This looks amazing.”

“For sure. Hold on,” I started as I thought of something. I’d love to take this enhancement to try it out and see if it was any use for what we’d face next. The thing was, I didn’t know where these spikes would appear on my body, and I’d very much like to not injure Cellestra.

“Would you mind stepping off for a bit?” I asked.

“Sure, but I’ll take that break then, if you don’t mind.”

“Take all the time you need. I’m not in a hurry. Wouldn’t be a good idea to hurry through danger, either.”

Cellestra stepped off my back and put down her backpack to pull out her canteen.

“Mind filling this for me first?” She asked.

I grinned as I filled it with fresh, cold water while I looked through my list of enhancements.

It was interesting to see that the base enhancement didn’t cost anything. It was, however, overshadowed by the fact that the other two cost a small fortune. Still, I had a good amount stocked up, so I wasn’t going to be frugal about it.

I confirmed to enhance the spines and retractable spines, and felt information fill my brains about where they could appear, how strong they would be, and their properties. I found that I could alter them slightly to suit my wishes. For example, I could have them colored the way I wanted. In my case, I’d obviously make them white. Not only would it look better on me stylistically, but it would also help to hide them from a distance.

I could also change where, and the angle at which they protruded from my body, which I used to cover some of my weaknesses. For example, I had a horrible time aiming at something directly behind me. Thanks to this skill, combined with needle spines, I could grow spines on my abdomen that could shoot backward, making up, at least partially, for one of my weaknesses.

“This is great…” I mumbled absent-mindedly, as I was thinking and analyzing where I’d grow the spines.

After processing this new information, I selected the needle spines, which also triggered my spell synthesis, forcing more details to enter my mind. I could fill the grown spikes with venom pre-emptively, so I could have my reserves replenish, and, practically, give me larger reserves before battle.

Cellestra giggled as she munched on an apple, her helmet next to her in the grass. In the meantime, I was still figuring out where I’d grow those supposed spikes.

From digging through the available info, I could make out that they would be just as tough as my already existing armor, so in theory, I could use them as weapons. I decided to grow them at the sides of my legs, facing outward, so they would offer protection against anything that would lunge at me from the sides. If I was fast, I could also shoot the spines to my sides that way to ensure enemies would be hurt, or worse, before they even got close. A deadly surprise attack, that was for sure.

I seemed to be limited to one spike per leg, which was unfortunate as I would have preferred more, but I couldn’t complain. At last, I’d got something that could be used offensively. There was no denying I was quite happy with it.

And so I activated the skill to grow the spines, one on each leg, on the second to last segment. I figured I’d have an easier time aiming if I grew them there compared to the very last segment.

White spikes erupted from my chitin, growing in a matter of seconds, filled with lethal venom. The ones on my abdomen were long, but thin enough to not stand out from my long hairs. I hoped that making them elongated would give them greater piercing power.

“By the goddess, Kealyna,” Cellestra called out between bites. “That does look great.”

“I know right,” I replied as I watched Selleron stare with great interest at my new additions.

I suppose he would have found out about this sooner or later anyway, so I didn’t care too much. I simply shrugged it off and summoned some water to wash away the awful taste in my lower mouth. At least it had been more than worth it.

“Yuck,” I let out as the last of foulness was washed away. “Glad that part is over.”

“You didn’t seem to be all too happy with your… lunch.”

“Happens, I guess. These spikes are great, though. They are filled with my venom, and I can shoot them.”

“That’s,” Cellestra said and paused. “Wow.” She was stunned, and rightfully so.

She finished her apple and held up the core.

The remains of the fruit, even though there was little left, were delicious. It made me hope that whatever awaited us would be tastier.

We waited for a few more minutes, before Cellestra placed her helm back on her head, and stepped back on.

I nodded. “I am ready.” I turned to address Selleron. “Where to?”

“Straight ahead,” He said, gesturing a hand forward.

I walked forward keeping close track of my surroundings. I didn’t want to be surprised again.

There wasn’t much to see, except for a trio of large trees, which made me wonder. What was the theme of this floor? Was it magic? Was it hidden enemies? I came to a halt as I took a closer look at the trees. It wouldn’t be the first time I’d be suddenly assaulted by oversized flora…

I was almost confident that these trees either housed beings, or they were creatures themselves. To find out from a safe distance, I fired an ice lance at one of them.

The icicle shattered, but not on bark. Rather, it was splintered by something resembling a barrier. It was then that my suspicions got a confirmation.

Tremors hit the ground and movement occurred at the base of the trunks. Tendrils contracted and appeared as they were uprooted. The trees moved and, after a short delay, removed themselves from the soil as they were carried by their massive roots.

“At the dungeon entrance,” Cellestra said.

“Yup, and it appears they have the same kind of magic resistance as that one, which means…”

I launched a fireball at one of the now walking trees to see the same thing happen that happened to the ice lance. It was impossible to set this wood aflame while the barrier was in effect.

“I wonder if they have the same kind of weakness as that one. The tree at the dungeon entrance had an orb at the bottom of its trunk, between the roots. Once I shattered that, the barrier vanished and I was able to set it ablaze.”

“Earthen spike?” Cellestra asked. She sounded excited to have an opportunity to use spells again.

“Earthen spike,” I said in confirmation.

Special shoutout to my new patrons. Thank you so much <3 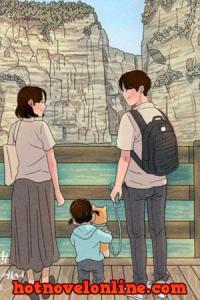