“Is that why you drove Aedan away? To question me?” Erin shot back with an inquiry of her own.

Lyra and Siv both sensed something was bubbling between Erin and Lilian, and it wasn’t the pleasant kind of development. As much as they felt awkward to be around such an exchange, the best they could do was to keep silent and support Erin when they could. For now, they heeded the mood and soaked their unease away in the hot spring.

Lilian tittered in response to Erin’s accusation. “You certainly don’t dull your words before they leave your tongue. You’re just like Aedan in that aspect.”

“Lilian, what are you doing?” Nivia asked, glancing worriedly between Erin and Lilian.

“I’m not doing anything. I’m just having a friendly chat with another Fae while we soak our weariness away in this nice hot water. Unless of course, you have reasons to think otherwise.”

“I do,” Erin answered. The memories of her time with Iris surfaced. The Dryad in front of her was much like the Umbrum in terms of their mannerisms but Iris’ motive was more apparent. She was a businesswoman and having a good, relatively speaking, relationship with a Fae was certainly beneficial to her in the long run. Her schemes and shrewdness were for the sake of increasing her reputation. But Lilian didn’t have such motives. Erin couldn’t figure out why the Dryad was so wary yet curious about her affairs.

“Hmm. Good answer. You’re very blunt. I like that.”

“Are you going to tell me why you’re so interested in me or do you intend to keep running circles with me?”

Erin waited for her to stop with a narrowed gaze.

Olivia and Aera were also soaking in the hot spring. Though they find the two’s interaction discomforting, they said nothing but simply tried to enjoy their time. After all, they both had a long journey and who knows when would they ever be able to enjoy such a luxury again. They did move a few feet away from the two so as to not get dragged into whatever problems they were having with each other.

“Since you put it that way, I’ll be blunt with you too. Aside from Aedan, I’m the oldest here, older than that Dragon lady over there.”

Olivia squirmed her further away.

“I have acquired a lot of wisdom and knowledge. Inevitably, I came to know about a lot of things. I am not interested in you, Erin. Not really, no. I am suspicious of you.”

Nivia tried to interject but she was silenced by a finger Lilian put up. As much as Nivia adored Erin, Lilian was her elder. She respected her. She wanted to defend Erin but she also didn’t want to strain her relationship with Lilian. At present, she was trapped in a dilemma.

Erin noticed Nivia’s conflicted look. She smiled at Nivia and assured her that everything would be alright with her eyes.

“You’re a Fae raised out of the forest,” Lilian continued. “Not exactly common but not implausible. However, I’m privy towards matters of outcasts as I’m sort of one myself. I know all the Fae living that are raised outside of the forest. The outcast, they are called. You are an outcast, or at least your story indicates that you are one. But I have no knowledge of who you are or who your parents might be. The outcasts that I know on this continent are all Elves, Dryads, and Sprites. There are no Fox-kin living outside of the forest. I’m sure by now you can see where my suspicions came from. Forgive me if I have overstepped.”

“You are forgiven, dear Lilian,” Erin retorted. “You have every right to be suspicious of me. If I was you, I would be suspicious too. But I’m afraid I can’t tell you my circumstances, no offence. I can see that Nivia trusts you but I don’t. We have only met. I barely know you. I’m sure you have good intentions. So I will allow you to know this, if you’re not an arse, an outlaw, a ruffian, or any of those sorts, then you have nothing to fear from me.”

Lilian simpered. “If only it was that easy, Erin. Nivia told me that you only had a single tail when both of you met but now, you have five. Fox-kin lost their ability to evolve when they became part of the Faerie-kin. What am I to make of that?”

“Make of what you will. I said my piece. My conscience is clear.” Her tails rose from the water they were soaking in and flourished behind her as a peafowl would. Her ears were also standing stiff. “I have a long arduous day. I have been through a lot. If you are hellbent on labelling me as a potential threat, then I shall respond in kind.”

Lilian flinched and threw up her hands. “Alright, alright!” she said in a panic but she was still smiling. “You have made your point. I understand. That was indeed quite rude of me. I sincerely apologise.”

Lilian nodded. Her smile was twitching. “Sincerely and truly. I can see how favoured you are by the Spirits. I thought you were just using some kind of spell or magic item to tempt the Spirits but I can see that your affinity with the Spirits is genuine. I rest my case.”

“You’re not suspicious of her anymore just because her affinity with the Spirits is real?” Siv questioned. There was a small growl in her tone.

“Of course. The Spirits are the foundation of the Faerie-kin. It’s because of them that Faerie-kin have survived through all the trials of time while other races perished. Civilizations rise and fall but the Faerie-kin stood strong through all those ruinations. Without the Spirits, the Fae would have fallen long ago. We owe everything to the Spirits. If the Spirit truly approved of Erin here, who am I to refute that?”

“You sound a lot like someone I know,” Lyra remarked.

“Iris, the Umbrum, am I right?” Lilian responded.

“Of course, I do. She’s the one who provided the Fae with the location of our taken people after all. And funnily enough, Nivia said the same thing too.”

“That’s because you do resemble her quite a lot,” Nivia grumbled.

“Well, I suppose it’s only natural. I was briefly and intimately acquainted with her for a period of time.”

Nivia’s ears perked up at her words. “And you did not think to tell me this until now?” She glared.

“You really do resemble Iris a lot,” Erin said. “Were you two lovers?”

Lilian chuckled behind her hand. “You met her. How many lovers do you think she has? True lovers, I mean.”

Erin glanced in the direction of Aedan, who was back at the camp. She could smell where he was.

“Precisely,” Lilian said in response to Erin’s wordless answer. “I’m just her night companion. Aside from warming her bed, I was her teacher as she was mine.”

“How does that work?” Erin asked with an eyebrow raised.

“I taught her about the history and the culture of other races and she taught me about money and business. Thrilling and fascinating subjects they were but it’s a shame that it invokes the worst of people and disinterest in me.”

“Lady Iris has a teacher?” Siv blurted out. “She never mentioned it.”

“I doubt she ever will. She takes great pride in her own ability. She hates charity but she seems to have the flair for conjuring an illusion of charity.”

“She sure does,” Erin agreed with a mumble, speaking from experience. She had only just started to familiarise herself with the world when Iris introduced herself into her life.

“Which one of you is older?” Nivia asked.

Nivia, noticing the three’s odd reactions, seemed to have realised her mistake too late.

“Curious now, are we?” Lilian smiled at Nivia, but the smile did not reach her eyes.

“I’m sorry,” Nivia apologised and cast her gaze down.

Erin was mildly surprised. She didn’t think Nivia was capable of having such submissive behaviour. Lyra was trying her best to hold in her laughter.

“No no no. You don’t need to apologise. You did not do anything wrong.” Lilian continued smiling. The edges of her smile didn’t even reach halfway to her eyes. “Since you’re so curious, I’ll tell you. I am older, sadly. I’m old enough to be her mother. Thankfully, Iris was very… indiscriminate. She made me feel like I was centuries younger than I was.”

Erin could clearly see the hierarchy in their relationship. Lilian was Nivia’s senior, guardian, sister, and more. If she didn’t have such a terrible personality like Iris, Erin would have loved to get along with her. But sadly, Erin found her character difficult to handle.

“Oh, my. It seems that I have garnered your disfavour, Erin. What am I to do?”

“You can start by letting me enjoy the hot spring in peace.”

“Of course,” Lilian said with a nod and stood up.

“I never do like hot baths,” she answered and wrapped herself in a towel Aedan had left behind for them before walking back to the camp.

“Are all the old Fae like her?” Lyra asked after Lilian was gone from their sights.

“She’s a peculiar one,” it was Olivia who answered. She waded slowly over to Erin. Aera was trailing behind her like a child hiding behind her mother’s back. “The seasoned Fae are mostly much more mellow and soft-spoken.”

Erin’s curiosity was piqued. “You know her, Olivia?” she asked.

“Only by reputation. She’s very unreserved unlike most of the other Fae. It was only recently that she became a true pariah amongst her people, a stigma of her kin.”

“She married a human,” Nivia answered.

“A Fae marrying a human…” Siv muttered. “That is curious.”

“Lilian was always intrigued by the other races. She seems to think they’re brilliant. They survived for so long without the help of the Spirits. The human that is her husband somehow managed to fascinate her heart and she was too deeply in love to see the human for what he truly is.”

“Is their union annulled?”

“Not officially. Neither could be bothered with making it official.”

“Marriage, the end of all relationships,” Lyra remarked. “Why are people in such a rush to reach the end. There’s nothing to do after that.”

“Humans are short-lived creatures,” Olivia said. “Their haste is due to their desire to continue their legacy before they expire. Hence, why humans tend to be in a hurry to tie the knot.”

“What a boring way to live and not to mention, it’s very ironic." Lyra scoffed. “People had doomed themselves for tying the knot too early. They could barely feed themselves but they are voluntarily creating more mouths to feed. They ended up ending their legacy due to their impatience for creating their a legacy.”

“Humans are indeed the epitome of irony. Do you know the Yorun Kingdom was built on top of a civilization that met its end at the hands of its own creations? They created golems that would fight their wars for them but the golems gained sentience and turned on their makers. The golems ended up using humans to do their bidding.”

“And your kind just watched?”

“We tried to warn your kind but none would listen. When the worst happened, my kind was forced to intervene and save your kind from the brink of total annihilation.”

“Sounds just like humans,” Erin chimed in, smiling sorrowfully. Even in a different world, the humans still drew so many parallels with the humans in her former world. No matter where she went, humans always had the same ideas and went down the same path of destruction. Hearing this story, she was convinced only the worst awaited her in Sephrodia Valley. 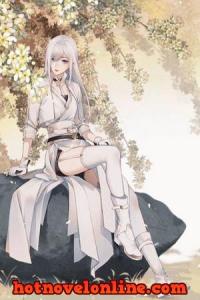 The Sword Saint's Second Life As a Fox Girl